Teach your bot to make calculations using the Set Up User Attribute plugin.

Written by Edgar
Updated over a week ago

Among other things, Set Up User Attribute plugin can be used to do some basic math operations, such as addition, subtraction, multiplication and division.

First, you need to get the numbers from the user, which can easily be done with User Input plugin. The numbers sent by the user will then be saved in the form of attributes you create. 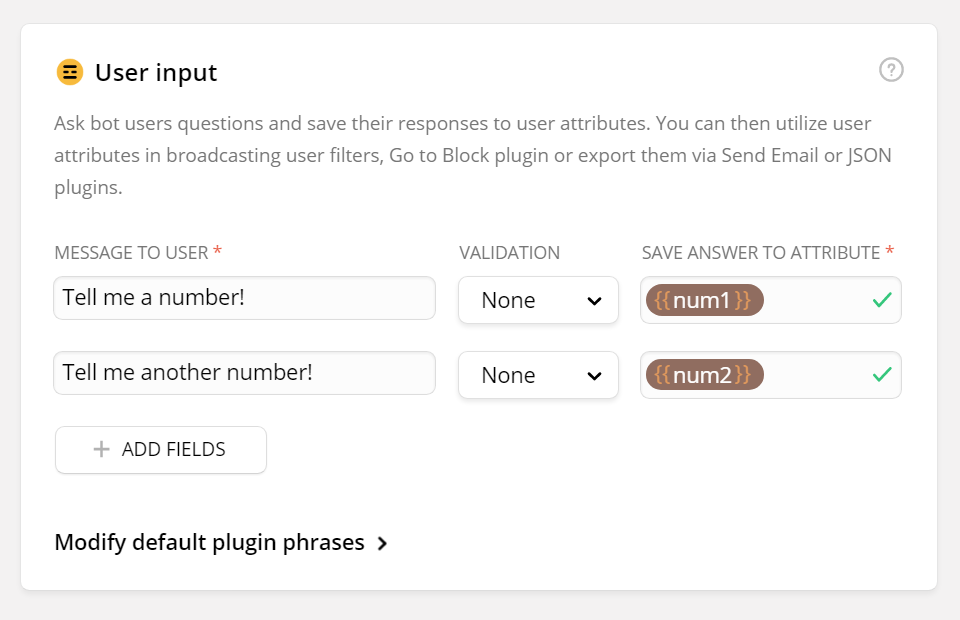 To get the total, use the numerical attributes the bot acquired in User Input and either add, subtract, multiply or divide them using the “+”, “-”, “*”, “/” symbol respectively. 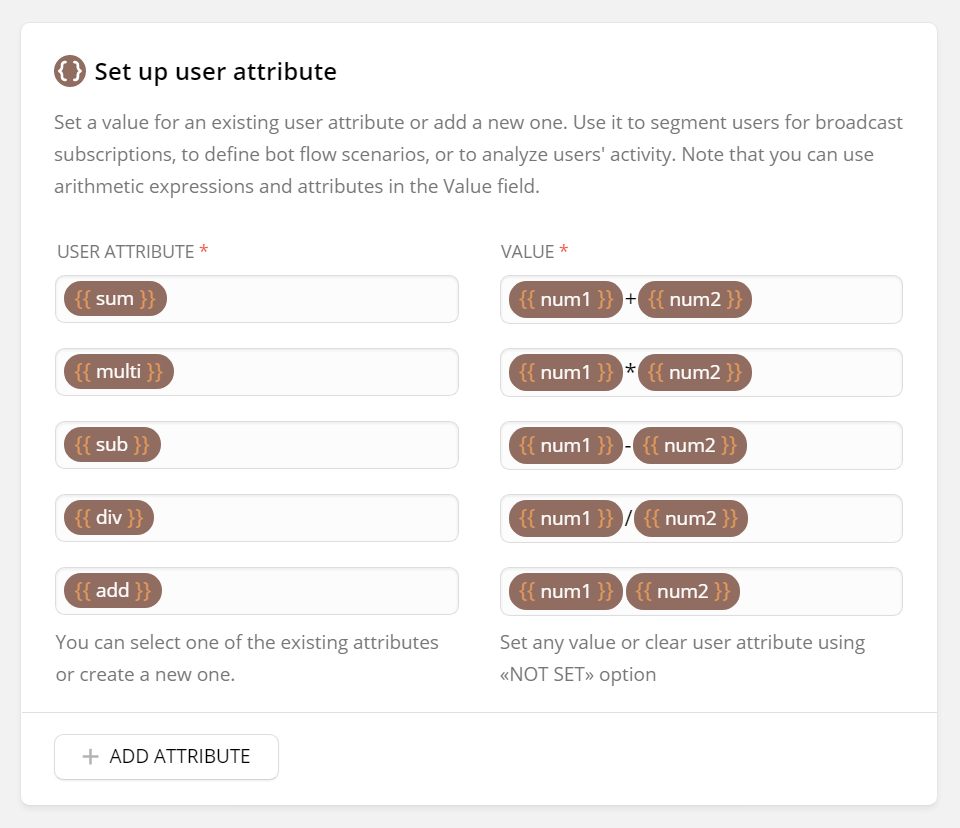 Not putting any symbols between the numbers will simply result in the bot showing a string of those numbers.

Last but not least, you need a text card which will display the total of the math operations you used. Make sure you put the attributes your bot has acquired in the previous step into the card.