Written by Dmytro Kot
Updated over a week ago

People tab is used to identify and segment bot audience. 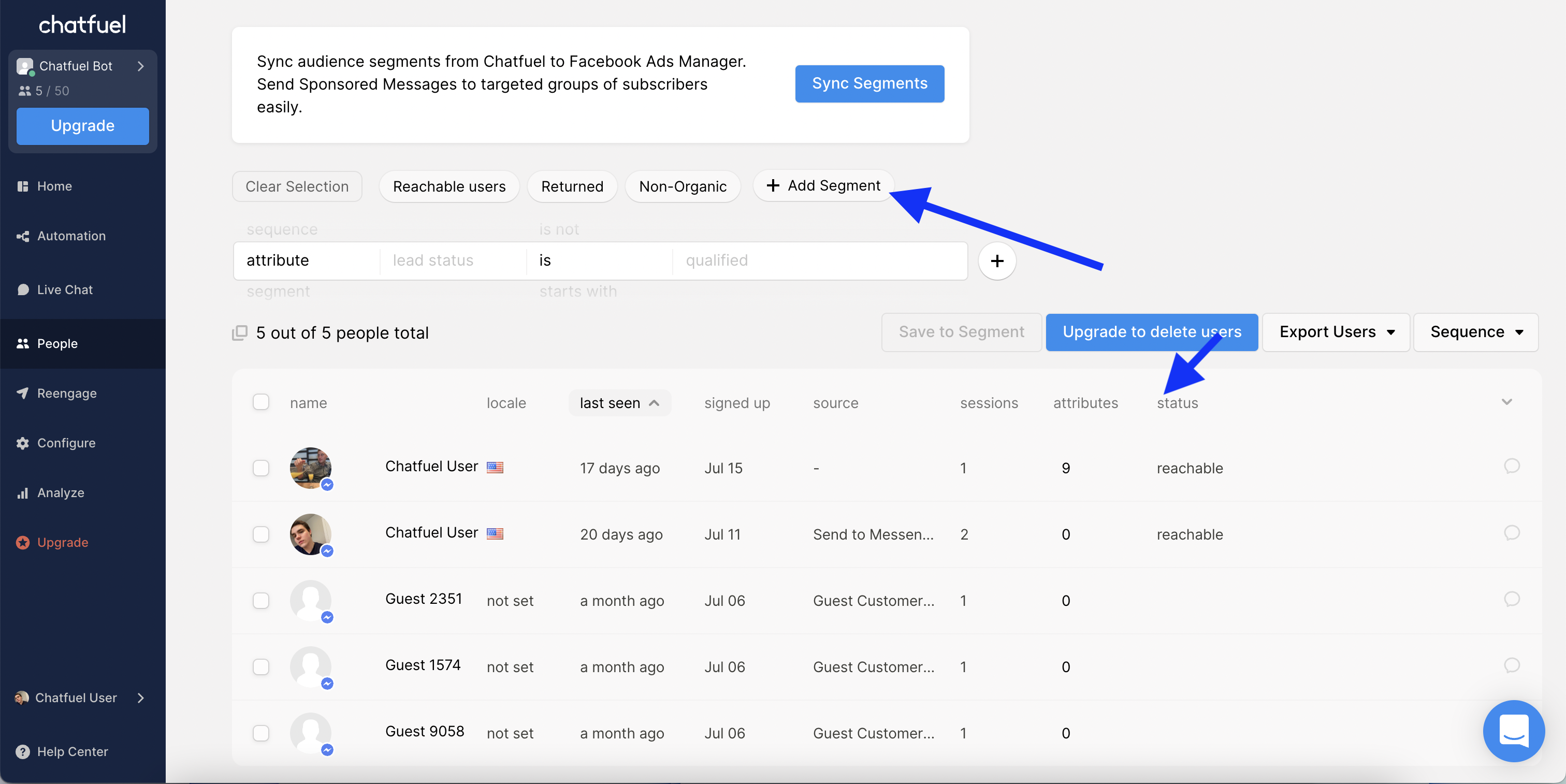 At the very top of People tab you can see several pre-defined segments like:

You can also create your own segments by defining the qualifying user attributes to be part of the segment and pressing the Save to Segment button. These segments will be available to all admins of your bot and automatically update to include new users who fit the filter you set.

📌 For each segment it’s possible to broadcast to the users it contains, subscribe them to a sequence, or export their Messenger IDs for use in a highly-targeted Facebook ad.

You can also sync segments to Facebook Ad Manager.

This column displays all users who have interacted with the bot at any point in time. Each user has one of the following statuses:

📌 Messenger users become subscribers of your bot and have reachable status in the People Tab if they interact with your bot in any way.