Ever wondered what the difference is between sequences and reengage messages for your Messenger chatbot? Here's the answer.

Written by Stephanie
Updated over a week ago

Reengage messages and sequences are components of basic bot building that have many similarities. They're both messages that you schedule your Chatfuel bot to send after the user's last interaction has ended, but before Facebook's 24-hour contact window closes. (Messages sent after the window closes must match one of the four message tags, be a One-Time Notification, or be a sponsored message.) However, the use cases for the two message types are typically a bit different.

When to use reengage messages

Reengage messages were formerly known as Broadcasts, a term which can help you understand what they're used for.

👉Reengage messages are typically a single message that is "broadcast" by your Messenger chatbot to a large chunk of its audience.

You can filter out a segment of your audience with user attributes, and send this message just to them (specifically to those in that group who fall within the 24-hour window).

📧Let's use email as an analogy. If your ecommerce clothing business released a new line of women's athletic shoes, you might filter out all the recipients on your email list who have shopped for or shown an interest in women's clothing in the past. Then, send the announcement just to them. That's the equivalent of a reengage chatbot message.

When to use sequences

👉 Sequences are (usually multiple) triggered messages you can have your chatbot send to a specific user after they complete a certain action.

📧Returning to our email analogy: A user signs up for your software on your website, triggering a series of onboarding emails. They receive these emails as a drip campaign, over time, because of the specific action they took (signing up for the platform). That's the equivalent of a chatbot message sequence.

Other differences between reengage messages and sequences

In addition, there are a few other small differences between these two message types: 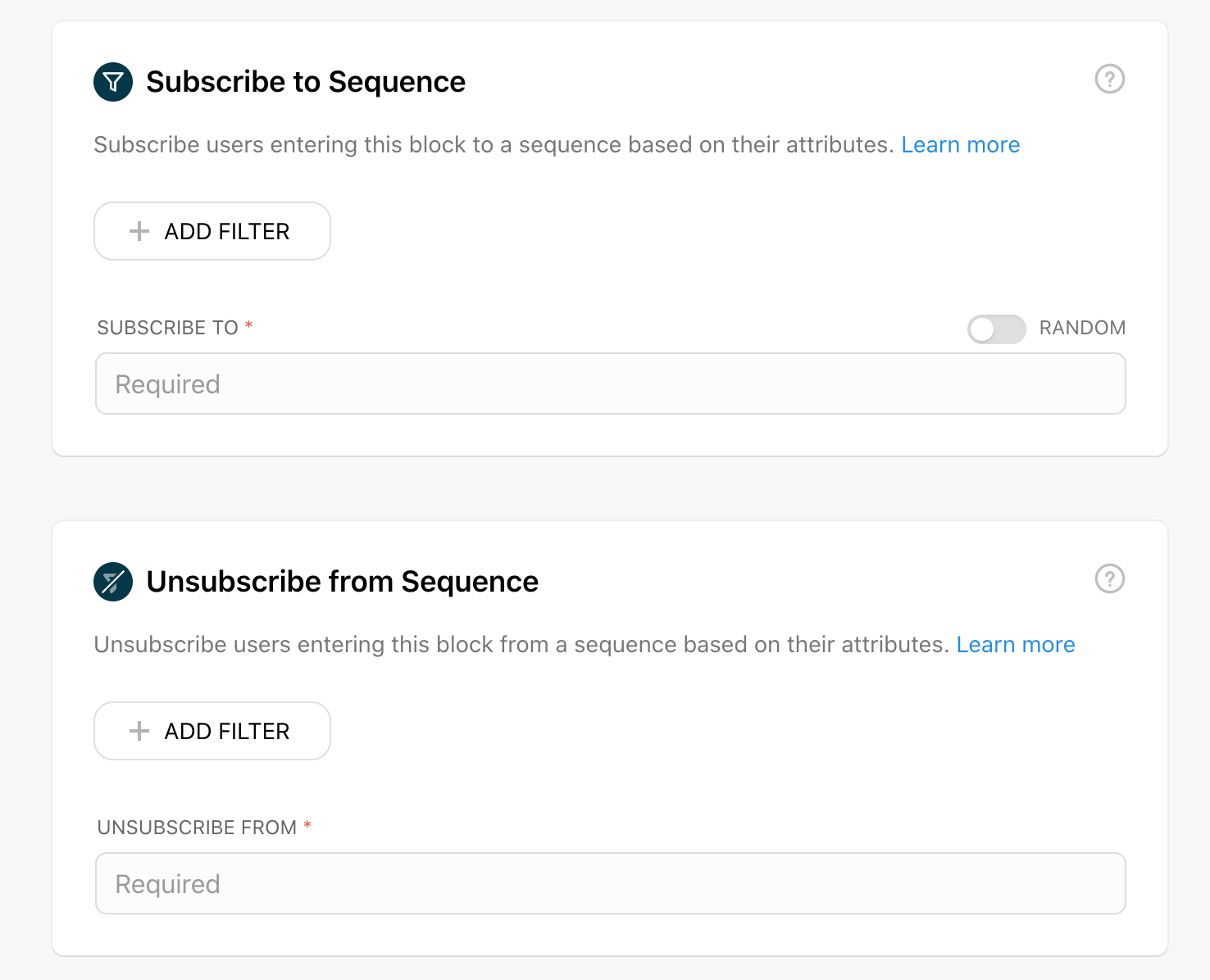 Why use sequences and reengage messages

Why send users a message later, after their last conversation with your chatbot? There are three key reasons:

How to set up reengage messages and sequences

🛠️ Here's how to set up a reengage message for your Messenger chatbot. (Don't forget about opt ins!)

🛠️ Here's how to set up a sequence for your Messenger chatbot.